This is a revised version of DPV 4

A virus with filamentous particles c. 515 x 13 nm and a monopartite positive-sense single-stranded RNA genome. It infects species in the Solanaceae and in 15 other families. It is readily sap-transmissible and is transmitted in nature mainly by mechanical contact. Occurs world-wide in potato-growing areas.

In potato the virus causes a mild mosaic (Fig. 1) or is latent; yield losses are 10 to 20% (Bode, 1968). In tobacco it causes mottling or necrotic spotting, in tomato it causes mosaic and slight stunting. In all three hosts the severity of symptoms greatly increases in mixed infections with other viruses, e.g. potato virus Y (Bode, 1968; Bode & Klinkowski, 1968; Klinkowski & Uschdraweit, 1968).

The virus infects more than 240 species in 16 families; the majority of hosts are in the Solanaceae (Purcifull & Edwardson, 1981).

Cultivars of Nicotiana tabacum and other Nicotiana spp.

Gomphrena globosa
is a useful local lesion host for most strains except for the resistance- breaking strain HB (Moreira et al., 1980).

Many minor variants can be distinguished, mainly by the symptoms they give in tobacco. Groups of strains have been distinguished on the basis of (i) reactivity with polyclonal antisera (Matthews, 1949) or monoclonal antibodies (Torrance et al., 1986), or (ii) different thermal inactivation points (Köhler, 1962), or (iii) infectivity for potato cultivars carrying different resistance genes (Cockerham, 1955; 1970; see Ecology and Control). There is no strong correlation between the groupings based on these different parameters. A strain (HB) which breaks the resistance of several potato clones has been described (Moreira et al., 1980).

Although the virus is spread mainly by mechanical contact (see Ecology and Control) transmission has been reported by the fungus Synchytrium endobioticum (Nienhaus & Stille, 1965) and the grasshoppers Melanoplus differentialis (Walters, 1952) and Tettigonia viridissima (Schmutterer, 1961). The grasshoppers probably transmit the virus on their mouthparts.

The virus is strongly immunogenic and can be detected by a variety of serological tests. Time-resolved fluoroimmunoassay (Sinijärv et al., 1988) is among the most sensitive tests (detection limit 5 pg/ml). By means of monoclonal antibodies Koenig & Torrance (1986) identified three antigenic determinants on the viral coat protein: one is found on the protruding N-terminus of undenatured virus particles only; another is found, also on undenatured virus particles, when the N-terminus has been removed by proteolysis; and a third determinant is hidden and becomes exposed only after partial or complete denaturation of the virus particles. A fourth determinant described by Sõber et al. (1988) is located on the protruding N-terminus and withstands denaturation with sodium dodecyl sulphate. It involves the lysine residue at position 19 (Radavsky et al., 1989).

Cross-protection among serotypes may be complete or partial (Matthews, 1949).

Mince 100 g infected tobacco leaves in 100 ml of a solution containing 0.5 M boric acid adjusted to pH 7.8 with NaOH. Adjust the pH of the expressed sap to 6.5, add 0.2% (w/v) ascorbic acid and 0.2% (w/v) sodium sulphite and centrifuge at low speed. To 1 vol. of the supernatant fluid add 0.15 vol. 0.5% silver nitrate and leave at room temperature for 2-3 h. Centrifuge at low speed and add polyethylene glycol M. Wt 6000 to the supernatant fluid to a final concentration of 4% (w/v). Leave at 4°C overnight. Centrifuge at low speed and resuspend the pellets in a solution containing 3% urea and 0.1 % (v/v) mercaptoethanol in 0.5 M boric acid adjusted to pH 7.8 with NaOH. Subject the virus to one cycle of differential centrifugation and purify further by caesium chloride density gradient centrifugation. This method yields virus which contains the intact coat protein. Virus particles which partially or completely lack an N-terminal portion of the coat protein are obtained when the expressed sap is adjusted to pH 5.5 and the particles are left in prolonged contact with the sap in the presence of reducing agents (Koenig et al., 1978).

The particles are flexuous filaments c. 515 nm long with a diameter of c. 13 nm (Brandes, 1964). About 1270 identical protein subunits are arranged in a helix with a pitch of c. 3.4 to 3.6 nm depending on the humidity; the true repeat of the helix is 8 turns with 8.875 subunits per turn (Tollin & Wilson, 1988). The nucleic acid seems to be located at a radius of c. 3.5 nm (Varma et al., 1968). An axial canal with a radius of c. 1.7 nm can be seen in end-on views of very short lengths of the particles but is not visible in micrographs of complete particles (Varma et al., 1968). In well-resolved micrographs the particles show a regular surface pattern of cross-banding and longitudinal files of subunits (Fig. 8).

Coat protein: Approximately 94% of particle weight; c. 1270 identical subunits of M. Wt 25,080 (Tollin & Wilson, 1988; Huisman et al., 1988). The coat protein in the intact virus can be partially degraded at the N-terminus by reducing agent-dependent proteases and trypsin, and at the C-terminus by reducing agent-independent proteases that contaminate some virus preparations (Koenig et al., 1978).

The virus particles occur, mostly in large aggregates, in the cytoplasm. The aggregates usually show a fibrous structure (Fig. 5) resulting from the parallel arrangement of the particles (for review see Lesemann, 1988a), but may also appear banded when the particle ends are ordered in register (Appiano & Pennazio, 1972; Christie & Edwardson, 1977). The aggregates may fill the greater part of the cells. The virus is the only potexvirus known to induce in the cytoplasm the formation of cytoplasmic laminated inclusion components (LIC). The LIC are proteinaceous sheets 3 nm thick which may or may not be covered on both sides with dark staining beads 11 to 14 nm in diameter (Fig. 6, Fig. 7) (Kozar & Sheludko, 1969; Shalla & Shepard, 1972). The LIC are not related serologically to viral coat protein and the beads are different from ribosomes (Shalla & Shepard, 1972). The function of the LIC is unknown. In protoplasts they appear later than the first virus particles (Honda et al., 1975). The virus also induces a proliferation of the endoplasmic reticulum and the formation of tonoplast-associated vesicles c. 100 nm in diameter in the vacuoles. The vesicles contain fibrillar structures resembling dsRNA structures as seen with many sindbis-like ss(+)RNA viruses (for review see Lesemann, 1988b).

The virus is highly infectious and is spread by mechanical contact, especially on agricultural and horticultural equipment. In potato crops, the most effective means of protection is the use of resistance conferred by major genes. Several strain-specific genes (e.g. Nx, Nb) cause hypersensitivity, and virus isolates fall into four groups according to their response to these genes (Cockerham, 1955). Two further genes (RXadg and RXacl) confer a more comprehensive extreme resistance to all four groups of strains (Cockerham, 1970). Cultivars possessing one or more of these various forms of resistance have been widely grown for many years and are effective in controlling the virus. Although a strain (HB) able to break all known forms of resistance was identified from South America (Moreira et al., 1980), resistance-breaking strains do not seem to have become prevalent elsewhere. Attention is now turning to the introduction of novel forms of resistance through the use of genetic engineering techniques. In transgenic potato plants expressing the viral coat protein gene, the development of symptoms was delayed and the accumulation of virus was greatly reduced (Hoekema et al., 1989). In transgenic tobacco plants expressing the viral coat protein gene, both the number of local lesions in the inoculated leaves and the virus concentration in the systemically infected leaves were reduced. The protection was effective not only against the virus, but also against the viral RNA suggesting that it is not, or not entirely, based on a prevention of virus uncoating (Hemenway et al., 1988).

The senior author’s work on potato virus X was supported by the Deutsche Forschungsgemeinschaft. 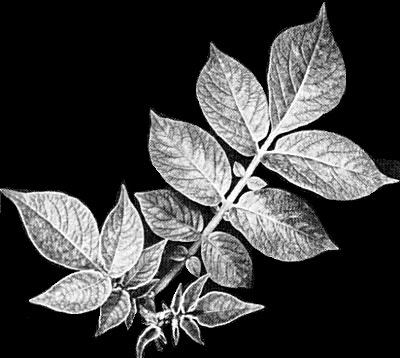 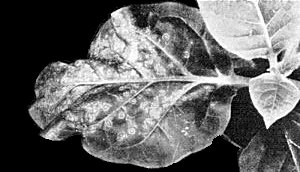 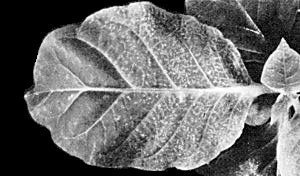 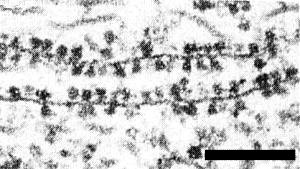